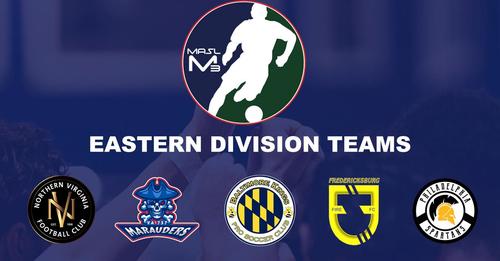 TAMPA, Fla – Major Arena Soccer League 3 will expand in a big way into the mid Atlantic region of the country with five teams set to join for the 2021-22 season.
Making up the new group of teams are the Baltimore Kings, Philadelphia Spartans, Fredericksburg Fire, Northern Virginia Football Club and the Virginia 757 Marauders.

The five teams will comprise one M3 division, and play a 10-game regular schedule. Plans call for other geographic areas to host M3 games, with a national championship among the division winners to conclude the 2021-22 season.

The new M3 grouping has the support of the Major Arena Soccer League Baltimore Blast. The Charm City has had a professional indoor soccer team every year since the 1980-81 season when the Blast joined the original Major Indoor Soccer League.

"As we all work diligently and methodically and logically to build the professional indoor soccer pyramid in this country, support from Major Arena Soccer League owners like the Blast’s Ed Hale are critical to that effort," Economides said. "Baltimore is one of the sport's bellwether franchises, with a history of the highest level of commitment and success both on and off the field. To have our M3 teams work together in the Mid Atlantic region to grow the sport, with the Blast's blessing and support, is invaluable and we can't thank them enough for everything they've done for indoor soccer, both in the past, in present, and certainly for the future."

Economides said the idea for the league will be to add divisions that feature teams that are in geographic clusters to make logistics easier for each franchise.

“This is an important first step in putting together divisions in different parts of the country that can expose new fans to the sport of indoor soccer,” Economides added. “We hope to be able to partner with other MASL and M2 franchises in those markets for the overall growth of the game. The pyramid structure that we finally have in place will prove to be a key in the success of each league.”

Added Hale: “With the guidance of Chris Economides, M3 is ready for the launching pad and we are excited to be a small part of it.”

All five teams have strong local roots with local owners who have long-standing enthusiastic histories in soccer.

Part of the Marauders name pays homage to the team’s area code in the greater Virginia Beach region.

“My team and I are very excited to bring the excitement of the indoor game to the 757. This will be an incredible opportunity for local players to bring their skills to a bigger audience. We are ready for the challenge ahead,” said owner Fred Chniel. “We believe that area is ready for the excitement of the indoor game and would be a great showcase for the abundance of talented local players.”

Philadelphia has an historical spot in the sport, including hosting the game in 1974 when the North American Soccer League Atoms hosted a touring team from the Soviet Union. Almost 12,000 people showed up for the exhibition at the Spectrum, including a pair of fans (Ed Tepper and Earl Foreman) who went on to establish the original Major Indoor Soccer League a few years later.

“About two years ago I got hooked on this idea to bring back indoor soccer in the Philadelphia area. In 2020, we decided to make this idea a reality and submitted an application for an M3 expansion team in the MASL. It has been one of the most fun and challenging but satisfying projects I’ve ever worked on,” owner Anthony Cancelliere noted. “This team will give our local players an opportunity to be seen and play for bigger and better teams after their collegiate career is finished. It will be our job to find and develop top talent. This all starts at the lower level of the professional soccer pyramid.”

Owner Josh Danza founded the Baltimore Kings in September of 2015.

“The Kings’ mission is to provide a platform for domestic players to showcase their talents and prepare professional opportunities for players on and off the field,” he noted. “Playing in M3 is a perfect way to do that, and a compliment to our other teams and year-round programs.”

A Baltimore native, Danza captained Towson University’s men’s soccer team in 2012. He went on to play professional outdoor soccer with FC Dallas, Atlanta Silverbacks, Real Maryland, and the Philadelphia Fury and indoor for the Tulsa Revolution and the Ohio Vortex. The resident of Glen Burnie, Maryland, Danza was also called up to the Puerto Rico Men’s National Team in 2012 and 2015.

Robert Ryan and family will run the Fire. His wife Kathy has taught for 29 years in the city at James Monroe High School and in her spare time she mentors the youth and heads up charity work with the Special Olympics. Daughter Sam Ryan is a former standout soccer player from Fredericksburg who left her hometown to pursue D1 soccer at UNCW. While at UNCW she got her masters to become a social worker and helps at-risk youth in North Carolina.

Robert has worked for various government contractors in technology over the past 30 years, as well as coached youth soccer clubs around the Fredericksburg area. Son Randy is a former professional kicker born and raised in Fredericksburg. Randy grew up playing soccer and spent a couple years playing semi-pro soccer while chasing his dual sport dreams. He was lucky enough to kick for Team USA’s arena football team at the international bowl and held a franchise record for longest field goal with the York Capitals. He currently coaches girls varsity soccer at James Monroe.

Northern Virginia FC traces its roots all the way back to 1998, and fields a number of men’s, women’s and youth teams, including a USL Two team in the greater Leesburg, Virginia, area.

“This is a natural next step for NOVA FC,” said owner Mo Sheta. “We have a large number of outdoor teams that have always been very competitive and represent our area professionally and passionately. Having owned and operated indoor facilities since the 1980s, the time is perfect to launch our M3 franchise. We know the fans of Northern Virginia will love the action, energy and excitement of the indoor game.”

Sheta was recently named president of the Eastern Premier Soccer League. He has been involved with the beautiful game for a long time in several capacities. He has been the owner of the Northern Virginia Royals for over two decades and helped found the club which plays in the USL 2. He oversaw the club for eight professional seasons, working closely with nearby DC United in player development and moved the team to the USL.

M3 is expected to launch its new season this winter.

Major Arena Soccer League 2 will crown its 2021 champion the weekend of Jul7 17 when the Wichita Wings, Cleveland Crunch, Amarillo Bombers and Chicago Mustangs battle for the crown in a single-elimination event at Hartman Arena in Wichita. The San Diego Sockers won the 2021 MASL title in April, their 15th indoor soccer championship dating back to their debut indoors in the 1970s.

To learn more about becoming a member of the MASL3, visit CLICK HERE 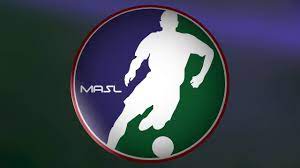